hese apps are what are called Microsoft Word macro-enabled templates (they use the .docm suffix).

Because of macro security, Microsoft Word itself will flag these apps as 'potentially dangerous' and won't allow them to run by default. That's the setting 'out of the box' and the app will never run unless you allow it to.

However, once you do that, and it's proven, then all's good. Other programs, such as Chrome (or the dreaded Norton), won't necessarily give you that option. So, you have to make that call. I can assure you my code is safe/

Unfortunately, other programs, such as Chrome (or the dreaded Norton), won't necessarily give you those options; so, you have to make that call with them.

I am a professional (this is me). My apps also haven't been tampered with or altered in any way. To prove that, I've purchased a Thawte security certificate for your peace-of-mind: 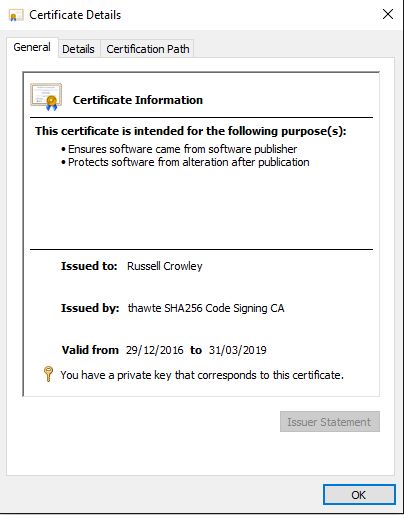 So, regardless of Chrome, Norton, and the rest of them,again, I can assure you it's 100% safe.

Did this answer your question?

We run on Gist